The Sentinel cerebral protection system (CPS) was associated with a lower incidence of ischemic stroke and in-hospital mortality in patients undergoing transcatheter aortic valve replacement (TAVR), according to a study published in JACC: Cardiovascular Interventions.

The investigators searched the Nationwide Inpatient Sample database to identify hospitalizations for TAVR performed during the last 3 quarters of 2017, following the approval of the Sentinel CPS device (Boston Scientific, Marlborough, MA) by the US Food and Drug Administration earlier that year. The study’s primary outcome was the occurrence of ischemic stroke.

Study limitations include its observational and retrospective design, and the fact that long-term outcomes were not examined.

“Investigating the incidence of causes of ischemic strokes occurring with use of the CPS is also warranted to understand the limitations of the device better and promote further developments to increase its safety and efficacy,” noted the researchers.

Disclosures: Some of the authors declared affiliations with medical device companies. Please see the original reference for a full list of disclosures. 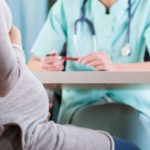