Consecutive patients with Stanford type A acute aortic dissection who were scheduled to undergo an arch branched endograft repair following an ascending aorta or hemiarch replacement were included in the retrospective analysis (N=70). Patient data were pooled from a total of 14 high-volume aortic centers. The A-Branch endograft, which includes either 3 branches or 2 distinct branches for the innominate artery and 1 left common carotid artery, was used. Researchers evaluated the rates of in-hospital mortality and stroke, technical success, early and late complications, reinterventions, and mortality during a median follow-up of 301 (interquartile range, 138-642) days.

Limitations of the study include its retrospective design, the use of only 1 device, and the lack of a control group.

“Endovascular arch repair offers the possibility to extend the distal treatment level further toward the celiac artery including false lumen occlusion obviating the need for another [thoracic endovascular aortic repair] procedure,” the researchers wrote. “Further follow-up is required before wider application of this novel approach can be recommended.” 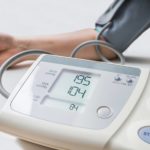