The new system features a self-expandable porcine valve and a design consisting of a 2-piece structure that includes a 3-prong clasper and support frame. According to the researchers, the unique design of the transcatheter heart valve (THV) allows for implantation in 2 stages, resulting in precise anatomic positioning and secure anchoring.

“Because of the movable connection, the position of the prosthetic valve could be adjusted while the clasper has already been placed in the aortic sinus,” the researchers wrote. “Therefore, the prosthesis could be deployed in a perfect position coaxially with the left ventricular outflow tract even in the situation when the position of the clasper is influenced by the abnormal structure such as calcified annulus.”

In the study, 6 patients (mean age, 75.5 ± 8.14 years; 66.7% men) with native aortic regurgitation but without significant valve calcification received the THV via transapical access. Patients had a mean EuroSCORE of 29.32 ± 7.7% and were classified as high risk for surgical valve replacement after examination by an interdisciplinary heart team.

During follow-up (mean, 110 ± 77.94 days), 1 patient had trivial prosthetic valve regurgitation, and none of the patients died or had paravalvular leak of more than mild grade or major post-operative complications.

In addition, all patients were New York Heart Association functional class I or II at follow-up, and no permanent pacemakers were implanted.

“Because of the special design of this device, accurate deployment and reinforced anchoring of the prosthesis produced excellent early outcomes,” the researchers wrote. “We believe that further study with more cases and longer follow-up would prove the system’s advantage in this group of patients.” 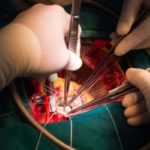