RCVS is a complex neurovascular disorder with an unclear pathogenesis. It’s characterized by recurrent thunderclap headaches and cerebral vasoconstrictions and associated with complications such as cerebral infarction convexity subarachnoid hemorrhage, and intracerebral hemorrhage, according to the researchers. Using contrast-enhanced T2–fluid-attenuated inversion recovery (CE-T2-FLAIR) imaging, previous research has detected BBB disruption in some patients with RCVS, suggesting the importance of BBB in this disorder’s pathogenesis.

The objective of the current study was to investigate whether patients with RCVS had altered BBB permeability and whether there’s a dynamic change.

In the prospective cohort study, researchers used 3T dynamic contrast-enhanced magnetic resonance imaging (MRI) to measure microscopic BBB permeability, which was assessed by determining the whole-brain and white matter hyperintensity (WMH) Ktrans values. Researchers assessed the correlation of whole-brain Ktrans permeability with vascular and clinical measures in transcranial color-coded sonography. The study included a total of 176 and 363 scans, which were separated into an acute group (≤30 days; n=76) and remission group (≥90 days; n=51) based on onset-to-examination time.

Additionally, they reported that the time-trend curve of whole-brain Ktrans showed dynamic changes during course of the disease, which was considered “similar to temporal trends of vasoconstrictions and WMH.”

According to the researchers, study limitations included the limited scan ranges of the dynamic control enhanced-MRI.

Based on the findings, they concluded that a microscopic BBB “disruption exists in acute-stage cases of RCVS, even without visible macroscopic” BBB leakage. 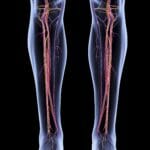