Among patients who had undergone previous coronary artery bypass graft (CABG) surgery, low global stress myocardial blood flow and myocardial perfusion reserve were found to be independent predictors of adverse outcomes, according to results of a study published in the Journal of the American College of Cardiology.

During a median follow-up of 638 days, 81 patients (24%) experienced 85 primary endpoint events. In total, 36 unplanned revascularizations, 25 deaths, and 24 myocardial infarctions were reported among the study population.

This study was limited as the cause of death was unknown for the majority of patients.

This study found that global stress myocardial blood flow and myocardial perfusion reserve as detected by cardiac magnetic resonance imaging were independent predictors of mortality and MACE among patients who had undergone previous CABG surgery. These results suggest that quantitative perfusion measures should be investigated further in this patient population. 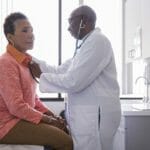