Women initiating non-steroidal anti-inflammatory drugs (NSAIDs) were found to be at increased and comparable risks for venous thromboembolism (VTE) compared with women not taking these drugs and taking acetaminophen, respectively, according to a study published in Rheumatology.

In this study, data were collected from the double-blind, randomized, controlled Women’s Health Study (ClinicalTrials.gov identifier: NCT00000479) in which the effects on the prevention of cardiovascular disease and cancer of low-dose aspirin, vitamin E, and beta-carotene were assessed. Annual written questionnaires were used to obtain information on the use of traditional or any NSAIDs, COX-2 inhibitors (coxibs), and acetaminophen, as well as new diagnoses of a deep vein thrombosis or pulmonary embolism.

Questionnaires were administered at baseline, every 12 months during the study period, and 1, 2, 3, 4, 5, and 7 years after the end of the study. Of the 39,876 women enrolled in the study 29,527 (74%) reported regular use of NSAIDs during the follow-up, and 951 women were diagnosed with a venous thromboembolism.

Study limitations include the fact that cross-sectional medication data were only available at year time points, and the assumption that acetaminophen did not cause venous thromboemboli.

“New use of NSAIDs was associated with increased VTE risk compared with non-use, but the association was null or diminished when compared with acetaminophen initiation,” concluded the study authors. 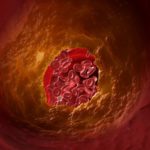 Detecting and Predicting Progression of Subclinical Vascular Damage in PLWHIV