Atrial fibrillation, left ventricular ejection fraction (LVEF), abnormal right ventricular function, and ventricular hypertrophy were found to be associated with a greater risk for aortic valve replacement (AVR), death, or hospitalization for heart failure in patients with moderate aortic stenosis, according to a study published in The American Journal of Cardiology.

In this retrospective single-center study, 151 patients (age ≥18 years; index echocardiogram between 2014 and 2017) with moderate aortic stenosis were enrolled. Aortic stenosis was defined as maximum transvalvular velocity between 3.0 and 4.0 m/s, dimensionless index between 0.25 and 0.50, mean transvalvular pressure gradient between 20 and 40 mmHg, and valve area between 1.0 to 1.5 cm2. Composite end points were hospitalization for heart failure, AVR, or all-cause death. The time to event for each end point was analyzed using Kaplan-Meier analysis, and independent risk factors for each composite end point were identified using multivariable Cox proportional hazards.

The most common end point was transcatheter aortic valve implantation or surgical AVR, which occurred in 51% of participants (n=77), hospitalization for heart failure, which occurred in 20% of patients (n=30), and all-cause death (9%; n=13).

Study limitations include its retrospective design, a lack of accounting for the variable durations of moderate aortic stenosis prior to the first echocardiogram, and the reliance on echocardiographic assessments for the classification of aortic stenosis.  “[O]ur study identified LVEF, atrial fibrillation, left ventricular hypertrophy, and abnormal [right ventricular] function as associated with [heart failure] hospitalization, AVR or death in patients with ]moderate aortic stenosis],” noted the study authors.

“Ultrasound scan is costly and it’s also somewhat inconvenient for patients. In Canada, we have limited access to ultrasound for deep vein thrombosis after 5 PM, so we frequently have to ask patients to return the following day to the emergency department for their ultrasound scan,” explained Dr de Wit.

Furthermore, ultrasound may carry a high financial cost that can lead to delayed diagnosis of DVT. Therefore, the Designer D-dimer Deep Vein Thrombosis Diagnosis (4D) Study (ClinicalTrials.gov Identifier:  NCT02038530) was conducted by Dr de Wit and colleagues to assess the ability of a diagnostic algorithm to minimize the need for ultrasound imaging in patients with suspected DVT. The algorithm uses clinical pretest probability (C-PTP)-based D-dimer thresholds to exclude DVT.

The investigators evaluated the safety and efficiency of the 4D algorithm in a Canadian prospective multicenter management study of outpatients with potential DVT. The primary outcome was symptomatic, objectively verified venous thromboembolism (VTE; proximal DVT or pulmonary embolism), and all patients had 90 days of follow-up.

Between April 2014 and March 2020, 1512 patients with signs or symptoms of DVT (mean age, 60 years; 58% women) were enrolled in the study. In total, 173 (11%) patients were diagnosed with DVT on initial or serial diagnostic testing: 168 on the day of presentation and 5 after 1 week during the second ultrasound imaging.

Disclosure: Some authors have declared affiliations with or received funding from the pharmaceutical industry. Please refer to the original study for a full list of disclosures. 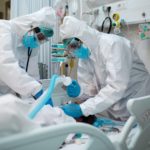