Colchicine treatment following acute coronary syndrome (ACS) leads to a greater chance of improvement in physical limitation scores, however it did not seem to affect health status at 1-year follow-up. These findings were published in Cardiovascular Revascularization Medicine.

Researchers investigated whether colchicine affects health status outcomes among patients presenting with ACS. Using data from the Australian COPS trial, a randomized placebo-controlled, double-blind trial comparing colchicine vs placebo that included 795 patients with ACS and at least 12 months of follow-up, the researchers conducted a symptom-based survey. The COPS trial showed that colchicine did not reduce the 12-month primary endpoint, which was a composite of all-cause mortality, ACS, ischemia-driven unplanned urgent revascularization, and noncardioembolic ischemic stroke, but was associated with an increased rate of noncardiac mortality.

In the survey, researchers used the Euro-Qol-5 Dimension 5-level (EQ-5D-5L) score and the Seattle Angina Questionnaire (SAQ) to assess health status at baseline and 12 months for 786 of the patients. These patients had been randomly assigned to the colchicine group (n=388) and the placebo group (n=398).

Researchers said the primary endpoint at 12 months had not been associated with baseline health status scores.

Study limitations include the short 12-month follow-up and the underpowered sample size. There also was residual bias resulting from there being approximately 11% of patients with no QOL follow-up data at 12-months.

“Treatment with colchicine did not appear to affect change in measures of health status following acute coronary syndromes, but it did lead to a greater likelihood of improvement in physical limitation scores,” the study authors wrote. 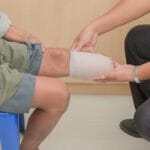