Patients with gout are at an increased risk for venous thromboembolism (VTE), particularly while hospitalized, according to research published in CMAJ.

Researchers collected data from the Clinical Practice Research Datalink in the United Kingdom. Using this data, they sought to assess the occurrence of VTE in patients with gout and examine the effects of both hospital stay and the administration of urate-lowering therapy (ULT) on VTE risk. Researchers individually matched gout cases 1:1 to control patients without gout and calculated VTE risks and then stratified the risks by age, sex, and hospital admission.

Overall, researchers identified 142,474 unique hospital admissions. Researchers initially classified 529 cases of VTE resulting from a hospital stay; however, they recategorized 121 of these cases to indicate that VTE was the cause of the hospital admission rather than a result. During the in-hospital period, investigators noted no differences in the rate of VTE between gout and control groups (incidence rate ratio 1.01; 95% CI, 0.83-1.24).

Researchers noted higher rates of VTE in the gout group compared with controls within one year of disease diagnosis (34 vs 19/10,000 person-years). This remained “consistently high up to 10 years after diagnosis,” according to the researchers.

Finally, investigators examined the effect of ULT on rates of VTE. Among patients in the gout group, 30% received ≥6 months of ULT during the study follow-up period during which researchers analyzed 15,661 matched pairs. After adjustment for baseline characteristics, researchers noted no difference in overall risk for VTE (adjusted incidence rate ratio 1.04; 95% CI, 0.89-1.23).

One limitation noted is the use of anonymized patient records. Although it is unlikely there is a major error in findings, researchers relied on physician-reported information on both gout and VTE. An additional limitation was that results may be generalizable only to patients prescribed ≤300 mg of allopurinol.

“Although our observed excess risk may not be sufficient to warrant preventive intervention on its own, there may be need for clinical vigilance in younger patients with a new diagnosis of gout, with further research needed to establish the impact of gout severity on risk of venous thromboembolism,” the researchers of the study concluded. 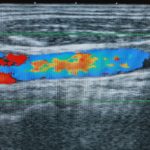