At 2 years, progression of tricuspid regurgitation in surgery plus tricuspid annuloplasty vs mitral-valve surgery alone was lower (0.6% vs 6.1%; RR, 0.09; 95% CI, 0.01-0.69). The occurrence of other major adverse cardiac and cerebrovascular events (MACCE), functionality, and quality of life (QOL) postsurgery were similar in both groups. However, the surgery-plus group was more likely to require permanent pacemaker implantation than the mitral-valve surgery-alone group (14.1% vs 2.5%; rate ratio, 5.75; 95% CI, 2.27-14.60).

Limitations to the study included a cohort that lacked diversity and was, therefore, not representative of the broader patient population, as well as a relatively short follow-up period that may not have fully captured the long-term clinical effect of progression of tricuspid regurgitation or permanent pacemaker implantation.

“The inclusion of [tricuspid annuloplasty] at the time of mitral-valve surgery resulted in a lower risk of a primary endpoint event at 2 years than surgery alone, a reduction that was driven by less frequent progression to severe tricuspid regurgitation,” the study authors said. “This reduction in disease progression came at the cost of a higher risk of permanent pacemaker implantation. Otherwise, patients in the [2] treatment groups had similar outcomes with respect to MACCE, [QOL], functional status, hospital readmission, and death.” 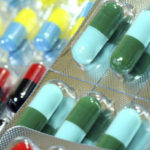