The Emory risk score was found to have modest value for predicting permanent pacemaker implantation, according to a study published in the Journal of Interventional Cardiology.

Data from patients (N=479) in the New York State and the Society of Thoracic Surgery (STS) databases who underwent transcatheter aortic valve replacement (TAVR) for severe aortic stenosis between 2016 and 2018 were evaluated for baseline characteristics, Emory risk score, and implantation of a permanent pacemaker.

The overall predictive power of the Emory risk score was similar for balloon-expandable vs self-expanding valves (area under receiver-operating characteristic [ROC], 0.645 vs 0.657, respectively).

Although baseline QRS was associated with pacemaker implantation, this association was no longer significant in the multivariate analysis (balloon-expandable: P =.270; self-expandable: P =.780).

Study limitations include the lack of specific guidelines on when to implant a pacemaker following TAVR. In addition, decisions of individual physicians may have introduced type II errors into these results.

“In our cohort, the Emory risk score had modest predictive utility for [permanent pacemaker] insertion after TAVR for both balloon-expandable and self-expanding prostheses. The risk score did not oﬀer better discriminatory utility than that of preoperative RBBB alone,” concluded the study authors. 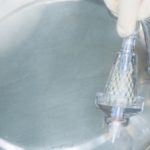