Among heart donors with brain death due to stroke, the effect on recipient and allograft survival rate is dependent on the age of the donor, with the strongest negative association at a young age, decreasing until the increased risk disappears for donors approximately aged 40 years. These study findings were published in the Journal of the American College of Cardiology.

To accomplish this, researchers conducted a nationwide retrospective cohort study in the United States, with prospective data from the United Network for Organ Sharing (UNOS) registry. This included 18,438 multicenter heart transplant recipients from 2005 to 2018. Of the transplants, 3761 were from donors who died from stroke and 14,677 were donors who died from other causes. Donors less than 15 years of age, recipients less than 18 years of age, and multiorgan transplantation were excluded. The primary outcome for this study was all-cause mortality.

Study limitations included residual confounding and that the UNOS registry didn’t differentiate between hemorrhagic or ischemic stroke. There was missing data for hemodynamic parameters and right ventricular function.

“The detrimental effect of stroke as the cause of brain death might partially offset the benefit of younger donor ages, but this does not necessarily suggest that this particular donor group should be avoided as allografts from this group still have a better quality and result in better survival than those from most of the older donor groups,” the researchers wrote. “These results suggest an opportunity to identify modifiable factors that mediate this association so that changes in donor candidate management of this younger cohort could lead to improved transplantation outcomes.” 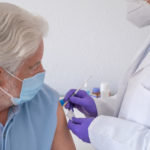