Exposure to air pollution may be associated with increased patient mortality after heart transplantation, according to a study published in the Journal of the American College of Cardiology.

The researchers compared regional differences by examining associations between particulate matter exposure and mortality within the 11 UNOS regions. PM2.5 exposure was found to be positively associated with mortality in all but 1 of the UNOS regions.

Study limitations include its retrospective nature, the lack of accounting for cardiometabolic risk factors, such as blood pressure or weight, and the fact that it was not feasible to fully adjust for the impact of variables that are strongly associated with each other, such as race and air pollution exposure; for example, African Americans are more likely to live in areas with higher pollution exposure.

“Our results suggest an important influence of a key environmental factor in outcomes following heart transplantation and support the need for further studies in this population,” noted the study authors. 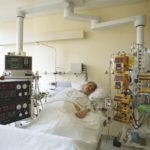