Patients who received heart transplants from hepatitis C virus (HCV)-positive vs -negative donors were found to have comparable survival at 1 year and patients who developed transplant-related hepatitis C responded well to treatment, according to study results published in JAMA Cardiology.

The advent of direct-acting antiviral (DAA) therapy has generated renewed interest in the use of HCV-positive donors for heart transplants in an effort to increase the donor pool, with the goal of reducing wait times and waitlist mortality.

In this single-center prospective observational study, 80 adult patients (median age, 54.5 years, range 46-62 years; 71.3% men; 68.7% white; 26.3% black) who received donor hearts from HCV-positive individuals between September 2016 and April 2019 were enrolled. In donors, hepatitis C positivity was confirmed with HCV antibody and/or nucleic acid testing. A total of 70 donors (87.5%) had viremia and the remaining 10 (12.5%) were seropositive but without viremia. The 80 participants who received hearts from hepatitis C-positive donors were compared with 159 transplant patients who received hearts from HCV-negative donors within the same period. Follow-up was conducted through May 15, 2019.

All patients were treated with a standard post-transplant immunosuppression regimen, and patients who received hearts from hepatitis C-positive individuals also received DAA therapy, generally for a period of 12 weeks. The study’s primary outcomes were 1-year survival and wait-list duration for the entire cohort, as well as therapeutic response in participants treated with DAAs.

All patients with donor-derived hepatitis infection were successfully treated with DAAs, which they tolerated well, as indicated by sustained virologic responses at 12 weeks in all 37 patients. The subgroup of patients who developed hepatitis C from the donor heart (n=70) had 30-day and 1-year survival rates of 92.5% and 90.4%, respectively, which were comparable with those observed in patients without post-transplant hepatitis infections (n=10) and with those of patients who received organs from HCV-negative individuals (n=159).

Study limitations include its observational design and single-center setup.

“Using hepatitis C-positive donors may afford a strategy to substantially expand the donor pool for patients awaiting heart transplant, increasing transplant volumes, and reducing morbidity and mortality on the wait-list,” noted the authors. They recommended that future research continue to examine long-term outcomes in order to guide HCV treatment in this population and educate prospective patients and their clinicians.

Dr Menachem reported receiving fees from Abbott Vascular outside the submitted work. No other disclosures were reported. 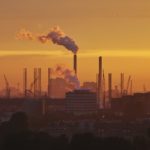