Individuals are at an elevated risk for venous thromboembolism (VTE) immediately before and immediately after receiving a diagnosis of giant cell arteritis (GCA), according to research published in Arthritis and Rheumatology.

Sebastian Unizony, MD, of the rheumatology, allergy, and immunology division at Massachusetts General Hospital and Harvard Medical School in Boston, and colleagues conducted a matched cohort study comparing 6441 patients with new-onset GCA and 63,985 control subjects to determine the temporal risk of VTE in patients before and after GCA diagnosis and the onset of glucocorticoid treatment.

Study participants were 50 years of age and older and had been seen at the medical practice for at least 1 year between January 1990 and December 2013. Data were collected using the UK’s The Health Improvement Network (THIN) database.

Participants were enrolled in the cohort 12 months before the date of their GCA diagnosis and were followed until they developed a pulmonary embolism (PE) or deep vein thrombosis (DVT), they died, they left the THIN database, or the follow-up period ended.

Mean age of patients in the GCA cohort was 73 years (70% women). Each participant was followed for a median of 5.2 person-years.

No differences were noted between groups in body mass index (BMI), fracture, trauma, or cancer.

Fifty-four percent of patients with GCA and 94.4% of control patients did not receive glucocorticoid therapy. Of those patients, 14 with GCA and 132 controls experienced incident VTE (4 and 2.2 cases per 1000 person-years, respectively). After GCA diagnosis, 1220 new VTE events occurred (195 in the GCA group, 1025 in the control group) with the cumulative incidence of DVT and PE higher in patients with GCA.

Researchers determined that GCA is “strongly associated” with VTE risk, with an increased risk prior to GCA diagnosis that peaked approximately 3 months following diagnosis.

“Adequate monitoring for VTE is recommended in patients with GCA for early recognition of this potentially serious complication,” the researchers concluded. 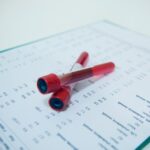