In the second phase of the worldwide INTERSTROKE study, investigators identified 10 modifiable risk factors that, if targeted, would drastically reduce the burden of stroke.

The findings, published in The Lancet, suggest that these risk factors are collectively associated with approximately 90% of the population-attributable risks (PAR) of stroke in each major region of the world—including many ethnic groups, in both genders, and of all ages.

“Although phase 1 of the study provided new information about the composite attributable risk of key risk factors in an international population, the population size was insufficient to reliably describe regional variations in the effect of risk factors, variations within key populations (eg, age, sex), and whether these risk factors varied in their effect on stroke pathological subtypes (ischemic and hemorrhagic stroke),” Dr O’Donnell and colleagues wrote.

Investigators based the sample size on an intention to include at least 1000 case-control pairs from all major regions of the world, to allow for a globally representative sample, and to provide an association estimate for common risk factors within each region.

Researchers noted regional variations in the importance of individual risk factors, which they stated were related to the variations in magnitude of odds rations and differences in prevalence of risk factors. For example, hypertension was more associated with intracerebral hemorrhage than ischemic stroke, but current smoking, diabetes, apoliopoproteins, and cardiac causes were more associated with ischemic stroke (P<.0001).

In addition, PAR associated with current smoking for all stroke ranged from 4.5% in Africa to 18.0% in western Europe, North American, and Australia. The waist-to-hip ratio and all stroke PARs were lowest in eastern and central Europe, Middle East (2.8%), and China (7.8%), and highest in western Europe, North America, Australia (36.7%), south Asia (32.1%), and southeast Asia (37.2%).

“Like myocardial infarction, stroke is a consequence of numerous causal risk factors, rather than a single cause, with the arguable exception of severe hypertension for intracerebral hemorrhage,” researchers wrote. “Generally, multiple risk factors are needed to act together to be sufficient to cause an acute stroke. Therefore, the proportion of disease that can be attributed to each of the causal mechanisms of stroke disease can add up to more than 100% as observed in our analyses.”

Investigators concluded that their findings supported the development of both global and region-specific stroke prevention efforts. 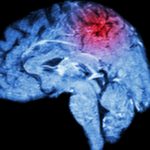