A 72-year-old man with a 50 pack-year smoking history, hypertension, diabetes, a myocardial infarction 6 years ago, and severe chronic obstructive pulmonary disease (COPD) presents to the emergency department with left-sided hemiparesis and sensory loss for the past 3 hours.

Physical examination in the emergency department reveals a fast irregularly irregular rhythm with otherwise normal heart sounds. (Electrocardiogram is shown below.) Lungs are clear, but the neurologic examination reveals left-sided weakness and left-sided sensory loss. Laboratory results are normal. A computed tomography scan of the brain shows no evidence of bleed and a probable acute infarct in the territory of the right middle cerebral artery. 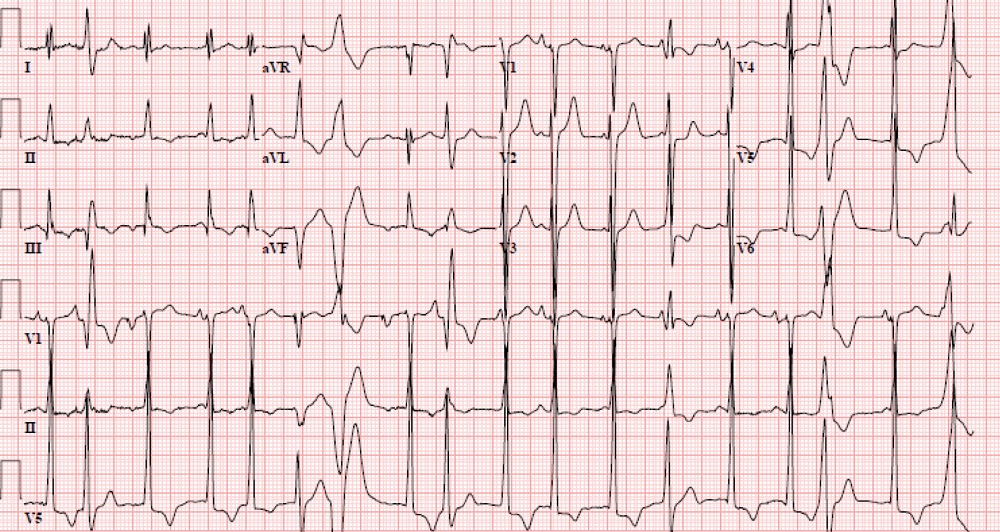 On rounds the following morning, a medical student asks whether COPD is an independent risk factor for stroke. You answer:

A. Yes, because the prevalence and incidence of stroke are increased in people with COPD

B. No, because significant comorbidities for stroke are also prevalent in patients with COPD

C. No, because the risk for stroke in people with COPD is a result of the increased prevalence of atrial fibrillation

D. Yes, because multifocal atrial tachycardia is almost exclusive to COPD and carries a higher than normal risk for stroke

E. The prevalence and incidence of stroke are clearly increased in people with COPD; however, there is insufficient evidence to support that COPD is an independent risk factor for stroke