HealthDay News – For patients with minor ischemic stroke or transient ischemic attack, the risk of new stroke is reduced with use of clopidogrel plus aspirin vs aspirin alone among those who are not carriers of the CYP2C19 loss-of-function alleles, according to a study published online June 23 in the Journal of the American Medical Association.

The research was published to coincide with the Second Annual Scientific Session of the Chinese Stroke Association and the Tiantan International Stroke Conference, held from June 24 to 26 in Beijing.

Yilong Wang, MD, PhD, from the Capital Medical University in Beijing, and colleagues examined the correlation between CYP2C19 gene variants and clinical outcomes of clopidogrel-treated patients. A total of 2933 patients with acute minor ischemic stroke or transient ischemic attack were randomized to clopidogrel combined with aspirin or aspirin alone. Patients underwent genotyping for 3 CYP2C19 major alleles.

Researchers found that 41.2% of patients were noncarriers and 58.8% were carriers of loss-of-function mutations (CYP2C19*2 and *3). Noncarriers, but not carriers, of the loss-of-function alleles had a reduced rate of new stroke with clopidogrel-aspirin after 90-day follow-up (P=.02 for interaction). Similar results were seen for the secondary composite efficacy outcome of new composite vascular events. There was no variation for carriers vs noncarriers in the effect of treatment assignment on bleeding (P=.78 for interaction).

“These findings support a role of CYP2C19 genotype in the efficacy of this treatment,” the authors wrote.

Disclosures: One author disclosed financial ties to Sanofi and AstraZeneca. 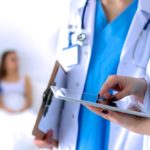 Digital Technology May Improve Outcomes for Cardiac and Stroke Emergencies