A lower targeted systolic blood pressure (SBP) between 110 to 139 mm Hg in patients with intracerebral hemorrhage did not result in a lower rate of death or disability than the standard target reduction of 140 to 179 mm Hg, according to results from the ATACH-2 (Antihypertensive Treatment of Acute Cerebral Hemorrhage II) trial.

They randomly assigned patients (n=1000); mean age: 61.9 years) to a SBP target of 110 to 139 mm Hg (intensive treatment) or a target of 140 to 179 mm Hg (standard treatment) to test the superiority of intensive reduction vs standard reduction. Approximately 40% of patients were women and 56% were Asian. The trial was conducted throughout the United States, Japan, China, Taiwan, South Korea, and Germany at 100 sites. At baseline, the mean SBP was 200.6 ± 27.0 mm Hg.

The primary outcome of death or disability occurred in 38.7% of patients in the intensive group vs 37.7% of patients in the standard group (relative risk [RR]: 1.04; 95% confidence interval [CI]: 0.85-1.27), with adjustments made for age, initial Glasgow Coma Scale score, and presence or absence of intraventricular hemorrhage. Researchers reported no significant between-group differences in death rates at 3 months or in neurologic deterioration at 24 hours.

Serious adverse events that investigators deemed related to treatment within 72 hours after randomization were documented in 1.6% of patients in the intensive group and 1.2% in the standard group. Three months after randomization, however, the event rate was higher in the intensive group vs the standard group (25.6% vs 20.0%, adjusted RR: 1.30; 95% CI: 1.00-1.69; P=.05).

Renal adverse events within 7 days after randomization were significantly higher in the intensive group vs the standard group (9.0% vs 4.0%; P=.002). 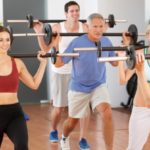