HealthDay News — From 2004 to 2014 there were increases in the prevalence of hypertension, diabetes, dyslipidemia, smoking, and drug abuse in acute ischemic stroke (AIS), according to a study published in Neurology.

Fadar Oliver Otite, MD, from the University of Miami Miller School of Medicine in Florida, and colleagues used the 2004-2014 National Inpatient Sample to assess the weighted prevalence of each risk factor in hospitalized patients with AIS.

The researchers found that 92.5% of patients with AIS had one or more risk factors. Hypertension, diabetes, dyslipidemia, smoking, and drug abuse had age- and sex-adjusted prevalences of 79%, 34%, 47%, 15%, and 2%, respectively while the prevalences of carotid stenosis, chronic renal failure (CRF), and coronary artery disease (CAD) were 13%, 12%, and 27%. 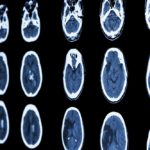 Stroke Outcomes With and Without HIV Compared