Patients having undergone left atrial appendage electrical isolation (LAAEI) were found to be at significantly increased risk for stroke, but this risk can be reduced by optimal uninterrupted oral anticoagulation (OAC) or implantation of a left atrial appendage occlusion (LAAO) device, according to results of a study published in the Journal of the American College of Cardiology.

The study included participants post-LAAEI who underwent follow-up transesophageal echocardiography (TEE) performed in sinus rhythm at 6 months to assess LAA function (n=1854). The researchers classified participants into 2 groups based on LAA functional parameters determined at the 6-month TEE: those with preserved LAA velocity (>0.4 m/s), preserved contractility, and consistent A waves, and those with 1 or more impaired LAA functions (velocity/contractility/ consistency of A-wave). The researchers then evaluated the incidence of thromboembolic events occurring in individuals following LAAEI “on” and “off” OAC.

Out of the 90 participants with stroke, 84 underwent implantation of an LAAO device. After a median of 12.4 months following device implantation, 81 participants discontinued OAC without any thromboembolic events while 2 remained on OAC due to high stroke risk or personal preference.

The study included several limitations. The researchers noted that the safety of LAAEI under optimal anticoagulation needs to be further evaluated in randomized trials, and discontinuing OAC based on LAA function is not standard practice.

“LAAEI should be considered a risk factor for stroke, and consequently, strict stroke prevention strategies are warranted for these patients,” the researchers wrote. 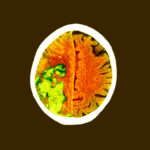 The Diabetes–Stroke Association Appears to Vary by Sex, Race, and Age