HealthDay News — Dabigatran is not superior to aspirin for preventing recurrent stroke in patients with recent history of embolic stroke of undetermined source, according to a study published in the May 16 issue of the New England Journal of Medicine.

Hans-Christoph Diener, M.D., Ph.D., from the University Duisburg-Essen in Germany, and colleagues conducted a multicenter, randomized, double-blind trial of dabigatran at 150 mg or 110 mg twice daily versus aspirin at 100 mg once daily among patients with embolic stroke of undetermined source. Data were included for 5,390 patients enrolled at 564 sites and randomly assigned to dabigatran (2,695 patients) or aspirin (2,695 patients).

“Post hoc analysis suggested that dabigatran may have had an effect on stroke recurrence after one year, but no inferences can be made because of the post hoc nature of the analysis,” the authors write. 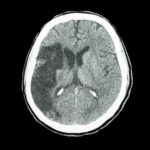 Alteplase Seems Beneficial at 4.5 to 9.0 Hours After Stroke