HealthDay News — For patients with ischemic stroke with an unknown time of onset, intravenous alteplase is associated with better functional outcome than placebo, according to a study published online May 16 in the New England Journal of Medicine. The research was published to coincide with the annual meeting of the European Stroke Organisation, held from May 16 to 18 in Gothenburg, Sweden.

Götz Thomalla, M.D., from the Universitätsklinikum Hamburg-Eppendorf in Germany, and colleagues randomized patients with an unknown time of stroke onset to receive intravenous alteplase (254 patients) or placebo (249 patients). Participants had an ischemic lesion visible on magnetic resonance imaging diffusion-weighted imaging, but no parenchymal hyperintensity on fluid-attenuated inversion recovery.

“Intravenous thrombolysis with alteplase resulted in a better functional outcome than treatment with placebo,” the authors write. 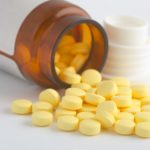