In patients with pediatric pulmonary arterial hypertension (PAH), treatment with treprostinil has demonstrated potential antithrombotic mechanisms of action, including the ability to inhibit circulating platelet microvesicles, according to the results of a population study conducted at the Necker Hospital in Paris, France. Findings from the analysis were published in Pediatric Pulmonology.

Investigators sought to establish whether microvesicles are upregulated in patients with pediatric PAH, as is reported in adult patients with the disease, and to explore the impact of vasodilator therapies on microvesicle count and function. This population study included 26 patients, 14 of whom had congenital heart disease and 12 of whom had idiopathic PAH. The median patient age was 6.09 years. The control population included 10 healthy individuals 20 to 30 years of age.

The in vitro antiplatelet effects of treprostinil were tested on platelet aggregation in platelet-rich plasma and on spontaneous platelet microvesicle generation in citrated whole blood obtained from 3 healthy volunteers. A treprostinil dose of 1.6 ng/mL was used in the patients evaluated.

A significant decrease in platelet microvesicle generation was demonstrated in treprostinil-treated samples (P =.04), consistent with an inhibitory effect of treprostinil on platelet activation. In patients with pediatric PAH, a combination of oral and subcutaneous treprostinil was associated with a significant inhibition of phospholipid procoagulant activity compared with no treatment (odds ratio, 0.53; 95% CI, 0.353-0.809; P =.007).

The investigators concluded that their study expands on current knowledge regarding the potential antithrombotic mechanisms of treprostinil and, in particular, the ability of the agent to prevent platelet microvesicle generation. “This suggests,” they added, “an additional mechanism of action of this drug in reducing thrombosis but potential platelet related inflammatory cell contribution to pulmonary hypertension,” the researchers wrote.

A major limitation of this study was that young healthy adults were used as the control group, which is not considered an appropriately matched control group. 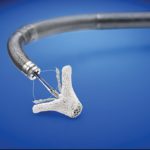