Reduced 6-minute walk distance (6MWD) in sarcoidosis-associated pulmonary hypertension (SAPH) is influenced by multiple factors — although not all factors are predictive of a reduced 6MWD measurement, according to research presented at the American Thoracic Society (ATS) 2017 International Conference, held May 19-24 in Washington, DC.

Researchers obtained data from the Registry for Sarcoidosis Associated Pulmonary Hypertension (ReSAPH) — a multinational registry of 220 patients with SAPH — to assess patients’ 6MWD.

“For patients with SAPH, the 6MWD is influenced by several factors, including lung tissue volume [and] changes in lung vasculature,” the researchers concluded. “The DLCO was the best determinant of the 6MWD, and changes in DLCO may be more important than other pulmonary function test measurements.”

Disclosures: This study was supported by Gilead. 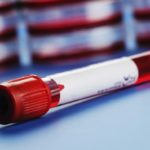