Increases and decreases in partial pressure of arterial oxygen (PaO2) and oxygenation index (OI) after the initiation of inhaled nitric oxide (iNO) in neonates with hypoxic respiratory failure may provide insight into the response to therapy. Changes in oxygenation response to iNO in this population, however, can rapidly change and response is not guaranteed, according to study findings published in BMC Pediatrics.

Data from a total of 248 neonates with hypoxic respiratory failure, of whom 126 received iNO and 122 received placebo, were included in the study. Researchers aimed to identify factors indicative of iNO response, which was defined as a PaO2 increase of ≥10% or an OI decrease of ≥10% without the need for extracorporeal membrane oxygenation (ECMO).

Lack of response to treatment was recorded as any patient who could not tolerate a reduced iNO treatment dose at 24 hours or whenever investigators were unable to discontinue iNO within a 96-hour period.

The percentage of patients achieving a response at 30 minutes, 1 hour, 24 hours, and >24 hours after iNO or placebo administration comprised the primary outcome measure. In addition, secondary outcomes included the incidence of short- and long-term complications, ratio of PaO2 to alveolar partial pressure of oxygen, and death.

A higher percentage of patients in the iNO group achieved improvement in oxygenation without needing ECMO compared with patients who received placebo (52% vs 31%, respectively). The majority of iNO responders had a response ≤30 minutes (73%), whereas responses ≤1 hour, ≤24 hours, and >24 hours were noted in 9%, 12%, and 6% of patients, respectively.

Limitations of this analysis included its retrospective nature and the relatively small number of patients in the final cohort.

Findings from this and other studies support “the notion that iNO treatment should be started early in the course of HRF for term and late preterm infants,” the researchers wrote. 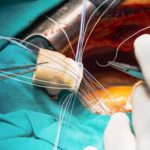