The severity of lung disease in preterm infants with bronchopulmonary dysplasia (BPD) and pulmonary hypertension (PH) undergoing cardiac catheterization did not correlate with mortality, but the presence of pulmonary vein stenosis did, according to a study published in Pediatric Pulmonology.

This single-center, retrospective cohort study was designed to characterize the hemodynamics of preterm infants with BPD and PH (N=30) who underwent cardiac catheterization between July 2014 and December 2017 to identify cardiovascular and respiratory predictors of mortality. The primary study outcome was mortality, and survival at follow-up was confirmed by either the date of the most recent clinic visit or the date of the last-filled prescription. Observations were censored at the later occurrence or at July 1, 2018, for the purpose of Kaplan‐Meier curves.

Limitations included a small sample size, a single-center design, selection bias, assessment at only one time point, and an inability to incorporate medical concurrent therapy effects on data.

Researchers concluded that while severity of lung disease did not correlate with mortality in this population, elevated pulmonary vascular resistance due to arterial disease may be an important factor, and the presence of pulmonary vein stenosis on cardiac catheterization did significantly correlate.

“Our data suggest that pulmonary vascular disease influences survival in infants with moderate‐to-severe BPD. Further, these data, which may be important for prognostication and therapeutic decisions, are not readily available by echocardiography, which is the routinely performed study in this patient population. Future multicentered studies are warranted to further evaluate the clinical value of this information.” 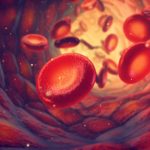