Limitations to this study included a potential lack of generalizability, a potential underrepresentation of ethnic/racial minorities, the use of self-reporting with broad categories for ethnicity and race, and the limited size of certain subgroups.

“Given the substantial burden of the disease, further studies to validate the observed phenotypic differences and to understand the underlying causes of survival disparities are warranted,” the researchers concluded. 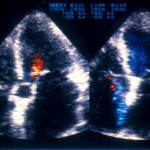