N-terminal-pro brain natriuretic peptide (NT-pro BNP) was a useful biomarker for both respiratory exacerbations and mortality in infants and young children with pulmonary hypertension according to the results of a study published in Congenital Heart Disease.

Infants and young children with pulmonary hypertension have increased morbidity and mortality. Both BNP and NT-pro BNP have been used extensively in adults to identify myocardial dysfunction, but because NT-pro BNP has a longer half-life (1-2 hours) than BNP (20 minutes) it may be a more accurate biomarker.

Shahnawaz M. Amdani, MBBS, MD, of the Division of Pediatric Cardiology, St. Louis Children’s Hospital, Washington University School of Medicine in Missouri, and colleagues conducted a detailed retrospective chart review of all infants and children younger than 2 years who were hospitalized in the neonatal or pediatric intensive care unit of the Children’s Hospital of Michigan in Detroit with pulmonary hypertension from January 2011 to August 2016.

The study included 56 patients, most of whom were extremely premature, were black, and had bronchopulmonary dysplasia. Patients who died were more likely to have underlying congenital heart disease, have a higher increase in the concentration of carbon dioxide in the blood (pCO2) with a corresponding greater mean percentage decrease in pH and percentage rise in NT-pro BNP during pulmonary hypertension exacerbations.

The study was limited by its retrospective design and relatively small sample size.  Furthermore, NT-pro BNP levels were drawn for clinical indications and were thus not taken at standardized intervals. Nonetheless, the investigators argued that NT-pro BNP is a useful biomarker for respiratory exacerbations and mortality, while RVSP/SBP (%) ratio and S/D ratio are echocardiographic identifiers for increased mortality in this population. 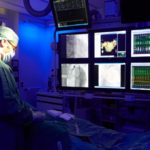