Although available therapies for pulmonary arterial hypertension (PAH) have expanded in recent years, the disease continues to carry a poor prognosis, with an approximate 50% mortality rate within 7 years after diagnosis.1 In addition, the hallmark symptom of exercise intolerance negatively affects quality of life and prognosis.

Although it was previously believed that diminished exercise capacity in this population was a result of increased right ventricular afterload and the resulting decrease in cardiac output, it is now recognized that other interrelated factors may also have a role.

“The literature suggests that although ventriculoarterial uncoupling is the main problem, other issues like anemia from iron deficiency, as well as skeletal muscle dysfunction and weakness, might also contribute,” Rachael Cordina, MBBS, PhD, a staff specialist in cardiology at Royal Prince Alfred Hospital and a clinical senior lecturer at the University of Sydney in Australia, told Pulmonology Advisor.

Noting the importance of clarifying these factors to effectively guide treatment, Dr Cordina and colleagues aimed to explore their influence on exercise capacity in patients with PAH and to “provide contextual evidence for implementing supervised exercise rehabilitation as part of routine care for [patients with] PAH,” they wrote in a review published in Respirology.2

Although the precise mechanisms are unclear, respiratory muscle dysfunction is increasingly implicated in PAH-related exercise limitation. Approximately 15% of cardiac output is directed to the respiratory muscles during near-maximal exercise, and the reduction in blood flow may affect these muscles in patients with PAH. Respiratory muscle dysfunction has been reported in studies using both volitional and nonvolitional measures in patients with PAH, as well as those with chronic thromboembolic pulmonary hypertension.3,4 In a 2011 study, inducing PH in rodents led to selective diaphragm muscle fiber atrophy and weakness.5

Research published in a 2016 study found significant links between maximal inspiratory pressure and the 6-minute walk test (r=0.40; P =.02), moderate physical activity (r=0.61; P <.001), vigorous physical activity (r=0.38; P =.03), and arm band average metabolic equivalent (r=0.39; P =.02) in 33 patients with PAH compared with controls.6 These results support those of a 2011 study showing a link between peripheral muscle strength and maximal inspiratory pressure in 16 patients with PAH vs 10 controls.7 Such findings suggest an influence of the respiratory muscles on exercise capacity.

“Weak respiratory muscles may impair the function of the respiratory muscle pump or ‘thoracic bellows,'” wrote the current authors. The increase in negative intrathoracic pressure during inspiration “generates a pressure gradient to draw blood back to the right atrium and increases right ventricular [stroke volume]. By augmenting the respiratory bellows, pulmonary blood ﬂow may be enhanced.”

Research has shown improvements in symptoms, quality of life, and exercise tolerance in patients with chronic obstructive pulmonary disease, heart failure, and PAH after respiratory muscle training. For example, a study reported in 2015 found that inspiratory muscle training in 14 patients with PAH (vs 15 in a sham intervention) was associated with increased inspiratory muscle strength and substantially improved walking distance (average, 50 m) after 6 weeks.8 These results are similar to those observed with pharmacological treatments.

Since a 2007 study first described skeletal muscle impairment and related exercise intolerance in patients with idiopathic PAH, several other studies have reported atrophy, high anaerobic enzyme profile, impaired oxygen extraction, and reductions in angiogenesis and contractility.9 “It has been proposed that the pathological changes within skeletal muscle reﬂect a systemic myopathy comparable to [heart failure],” as stated in the new review. This concept is supported by results correlating respiratory muscle weakness and reduced maximal isometric forearm strength.9

“The impairment of microvascular oxygen delivery and intrinsic muscle dysfunction may account for the observed delay in VO2 kinetics during the onset of exercise,” the present authors wrote. Other findings indicate that the pathogenesis of muscle atrophy may be influenced by the systemic inflammation found in certain chronic diseases, which is known to have a catabolic effect on skeletal muscle.

One study detected iron deficiency in 43% of patients with PAH (n=70), and these patients showed a reduction in 6MWD compared with patients who were not iron deficient (390 m vs 460 m), regardless of anemia status.11 Other findings demonstrated improved exercise capacity after iron supplementation. Although it is known that adequate iron is essential for the proper functioning of hemoglobin, myoglobin, and oxidative enzymes, the exact mechanisms underlying its role in exercise capacity are unknown.

Taken together, these results highlight the role of additional factors beyond the cardiopulmonary system in the pathogenesis of exercise intolerance in PAH. “Although there is a whole array of complex problems contributing to exercise limitation in PAH, some of these issues can be easily addressed with things like iron replacement if levels are low, and training to improve muscle strength and function with suitably prescribed exercise training,” Dr Cordina says.

Remaining needs in this area include “more well-designed research to characterize the relative contribution of the multitude of factors that impact exercise capacity in PAH, exercise training research, and increased awareness in the medical community about the potentially modifiable factors in their patients that could be addressed with established therapies.” 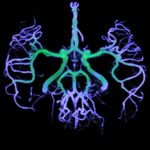