Age and certain comorbidities may be prognostic markers of outcomes associated with the diagnosis of idiopathic pulmonary arterial hypertension (IPAH), according to a study published in the European Respiratory Journal.

Researchers recruited 264 individuals with IPAH registered in the Swedish Pulmonary Arterial Hypertension Register (SPAHR), which contains data from all 7 Swedish PAH centers in the country, and categorized them according to age: 18 to 45, 46 to 64, 65 to 74, and ≥75 years. The following comorbidities and their relationship with IPAH were assessed: arterial hypertension, diabetes, ischemic stroke, ischemic heart disease, atrial fibrillation, obesity, and kidney dysfunction. Risk assessment was completed on the individual level using a risk assessment tool.

The purpose of the study was to assess the predictive value of a risk assessment tool using age categories and comorbidities associated with incident IPAH.

When assessing for comorbidities, the only two that independently affected survival were ischemic heart disease and kidney dysfunction. Individuals in the two older age groups more frequently had comorbidities, with 20% having at least 4.

A total of 114 deaths and 11 lung transplants were recorded in this study. Within 5 years of baseline, 106 deaths and 10 lung transplants occurred, with women representing 52% of patients who either died or underwent a transplant (P =.217). Patients in the 18 to 45 age group had the highest transplant-free 5-year survival rate at 88%, while survival rates were 63%, 56%, and 36% in patients age 46 to 64, 65 to 74, and ≥75 years, respectively. A change in risk category from baseline to first follow-up visit was independently predictive in an analysis that adjusted for age group.

The researchers concluded that improvement in risk categories from baseline to follow-up was a strong survival predictor for individuals across all age groups, and individuals in the 18 to 45 age group had a significantly higher 5-year survival rate compared with all other age groups. In addition, the researchers concluded that advanced age, ischemic heart disease, and kidney dysfunction were strongly associated with a worse prognosis. 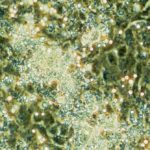