Pulmonary artery denervation (PADN) in patients with residual chronic thromboembolic pulmonary hypertension (CTEPH) after pulmonary endarterectomy was associated with improved hemodynamics and clinical and functional status compared with medical therapy, according to a published study in the Journal of the American College of Cardiology.

This study was designed as a pilot program to test the concept of PADN in residual CTEPH after surgery, and they could not perform so that a sample size calculation was not feasible due to absence of data for this population at the time of the study. In addition, this was a single-center study with a relatively small number of patients.

“PADN in patients with CTEPH after pulmonary endarterectomy was safe and effective, and resulted in substantial reduction of PVR and pulmonary artery pressure during 12 months of follow-up, accompanied by improved 6-min walk test and reduced need for hospitalization,” concluded the study authors.

Disclosures: This study received funding from a medical device company. 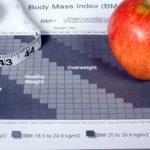