Hypoxemia in individuals with heritable pulmonary arterial hypertension (HPAH) or idiopathic PAH (IPAH) is associated with increased mortality risk, a greater number of comorbidities, and reduced precapillary pulmonary hypertension severity than in patients without hypoxemia, according to findings from a retrospective study published in PLoS One.

In this analysis, investigators obtained the data of patients with HPAH (n=36) or IPAH (n=256) enrolled in the Cleveland Clinic Pulmonary Hypertension Registry who had hypoxemia. For the purposes of this study, patients were considered to have hypoxemia at rest when their resting pulse oximetry (SpO2) value at room air at the time of the initial 6-minute walking test (6MWT) was ≤89% or if they had previously qualified for continuous oxygen supplementation by Medicare. Patients were considered to have hypoxemia during 6MWT if they had reliable SpO2 measurements of ≤89% at any point during the test.

At the time of the initial 6MWT, a significantly greater proportion of patients with hypoxemia received PAH-specific treatments vs those without PAH (29.5% vs 18.0%, P =.03). The presence of hypoxemia was associated with a greater body mass index, more cardiovascular risk factors, older age, worse functional capacity, and worse pulmonary function. Hypoxemia correlated with less severe precapillary pulmonary hypertension.

The retrospective nature of this study as well as the use of SpO2 for hypoxemia identification represents 2 potential study limitations. In addition, roughly 25% of participants were receiving PAH-specific therapies during the initial 6MWT, which may have influenced the findings.

One explanation of the present findings include the idea that hypoxemia-affected patients “may limit their physical activity which could lead to obesity and subsequent increase in the cardiovascular risk factors and other associated comorbidities.” 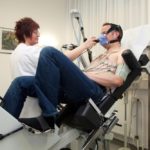