Extracorporeal membrane oxygenation (ECMO) may be beneficial for patients with thromboembolic pulmonary hypertension (CTEPH) after pulmonary endarterectomy (PEA) for cardiac and respiratory complications, according to a study published in Journal of Cardiac Surgery.

In this retrospective, single-center study, investigators collected data on patients aged 31 to 84 years who underwent PEA at Tokyo Medical University Hospital in Japan between January 2012 and August 2015 (N=35).

ECMO support was associated with a significantly higher incidence of postoperative respiratory complications, longer intensive care unit stays, increased mortality in the hospital, residual pulmonary hypertension, and the necessity of a postoperative balloon pulmonary angioplasty. An assessment of cardiac parameters was performed to evaluate cardiac and pulmonary function during ECMO support.

Four patients were successfully weaned off ECMO support (100%), and 3 were discharged from the hospital alive, for a 75% salvage rate. A patient who required 7 days of ECMO support died 69 days after surgery due to multiple organ failure.

Study limitations included the retrospective design lacking in any form of randomization. In addition, the surgical methods for PEA and protocols and therapies for pulmonary hypertension have evolved since the time period of this study.

Based on the findings, the investigators recommended the early application of ECMO after PEA. The majority of patients with CTEPH after PEA can be successfully weaned from cardiopulmonary bypass without mechanical support in a good physiologic state. Patients who had undergone ECMO did not have significantly worse pulmonary hypertension postoperatively. 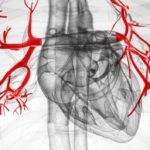