HealthDay News — Unhealthy diets may have contributed to as many as 400,000 premature deaths from cardiovascular disease in 2015, according to a study presented at the American Heart Association’s Epidemiology and Prevention/Lifestyle and Cardiometabolic Health 2017 Scientific Sessions, held from March 7-10 in Portland, Ore.

The study data came from the US National Health and Nutrition Examination Survey from 1990 to 2012. The researchers also used food availability data from the Food and Agriculture Organization of the United Nations and other sources.

Looking at deaths in the US from cardiovascular disease for 2015, the investigators found unhealthy diet choices and lack of eating healthier foods had a part in the deaths of 222,100 men and 193,400 women. Low intake of nuts and seeds likely accounted for 11.6% of deaths. Too few vegetables probably contributed to as many as 11.5% of the cardiovascular deaths. Low intake of whole grains may have been responsible for 10.4% of those deaths. Too much salt likely accounted for 9% percent of deaths.

“Low intake of healthy foods such as nuts, vegetables, whole grains, and fruits combined with higher intake of unhealthy dietary components, such as salt and trans-fat, is a major contributor to deaths from cardiovascular disease in the United States,” lead author Ashkan Afshin, MD, MPH, from the University of Washington’s Institute for Health Metrics and Evaluation in Seattle, said in a news release from the American Heart Association. “Our results show that nearly half of cardiovascular disease deaths in the United States can be prevented by improving diet.” 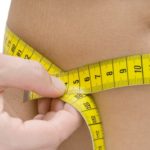