HealthDay News — Smokers have lower quality diets than former smokers and nonsmokers, according to a study published online April 4 in BMC Public Health.

R. Ross MacLean, Ph.D., from Yale University in New Haven, Conn., and colleagues analyzed data from 5,293 adults participating in the 2013 to 2014 National Health and Nutrition Examination Surveys in order to assess the correlation between cigarette use and dietary energy density (a marker for diet quality) among current smokers, former smokers, and those who never smoked. Current smoking status was categorized as daily or some days (non-daily).

“Smokers had diets that were high in energy density, meaning they consumed smaller amounts of food containing a greater number of calories,” a coauthor said in a statement. 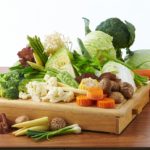 Eating Veggies Found to Protect Against Atherosclerosis in Women