Cardiovascular disease (CVD) is the most common cause of death in European countries, resulting in two times as many deaths as cancer, according to recent figures published in the European Heart Journal.

Overall, CVD deaths are decreasing in Europe, but there are disparities among individual countries, including a higher death rate in Eastern Europe. These are also countries with a lower life expectancy, which suggests that CVD complications could be linked to inequalities in longevity.

The population-based rates for CVD-related hospitalizations have increased since the early 2000s, and 34 European countries have experienced increases in hospital discharges involving the disease. This increasing rate of hospitalization highlights the burden of CVD on the healthcare systems.

“The increases we are seeing in obesity and diabetes will either counter that decrease, leading to a reversal of the favorable trend, or place an extra burden on health services in treating those at high risk of CVD in order to prevent them from developing chronic cardiovascular conditions and to keep them alive into older age,” Dr. Townsend said in a press release.

And the burden of CVD is not limited to mortality. The data suggests increased levels of hospitalization, surgical intervention, and high prescription rates may have both high economic and social costs. However, without the collection and collation of quality and comparable morbidity statistics across Europe, it is difficult to accurately assess where the true burden lies.

The authors concluded, “Some may point to decreases in CVD mortality as an indication of success for both national and Europe-wide efforts to tackle CVD. However, the inequality of the current burden between European countries, the high mortality burden from CVD in comparison with other noncommunicable diseases, along with increases in risk factors for CVD, such as obesity, should sound a note of warning to health professionals throughout Europe.” 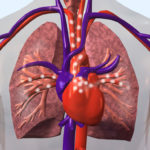