People who exercised in areas with high levels of traffic-related air pollution were not more likely to suffer incident or recurrent myocardial infarction (MI) than people exercising in areas with lower levels of pollution, according to the results of a study published in the Journal of the American Heart Association.

The study authors wrote, “[T]he risk of MI increased with increasing levels of [nitrogen dioxide], in participants who were not physically active, while the benefits of physical activity remained in all 3 [nitrogen dioxide] level groups.”

They added, “[W]e can conclude that the long-term benefits of physical activity in preventing the development of MI in healthy, middle-aged participants, and possibly as effective disease control in patients with prior MI, can outweigh the risks associated with enhanced residential exposure to traffic-related air pollution during physical activity.” 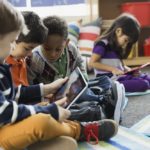