Anthracyclines have been used in the treatment of breast cancer for several decades, but they can also cause irreversible left ventricular dysfunction. Myocardial toxicity associated with anthracyclines can appear either early or late after exposure. Early manifestations tend to be related to inflammation and result in pericarditis-myocarditis syndrome, whereas late manifestations tend to be related to myocyte damage that leads to heart failure.1

Cyclophosphamide, an alkylating agent used to treat breast cancer, can also result in cardiotoxicity, although it may be related to previous anthracycline therapy or mediastinal radiation. Some patients who have received systemic alkylating agents have also experienced bradycardia, supraventricular tachycardia, and atrial fibrillation. A taxane, paclitaxel, has also been associated with bradycardia and other rhythm disturbances (asymptomatic left bundle-branch block and nonsustained ventricular tachycardia).1

Antimetabolite drugs, 5-fluorouracil and capecitabine, can cause chest pain in some patients who receive them either as first-line therapy in metastatic breast cancer or in combination with anthracyclines in early-stage breast cancer. Heart failure, arrhythmias, and myocardial infarction have also been reported, although rarely. These agents can also cause ventricular tachycardia or ventricular fibrillation, atrial fibrillation, atrial/ventricular ectopy, and QT prolongation.1

Echocardiography, magnetic resonance imaging, or multiple-gated acquisition (MUGA) scans can be used to determine patients’ cardiotoxicity risk by assessing left ventricular ejection fraction. However, a change in left ventricular ejection fraction could be related to myocardial damage that could represent irreversible cardiac damage. Therefore, to achieve earlier cardiotoxicity detection, the main strategies are myocardial strain imaging, cardiac biomarkers, or a combination of imaging and biomarkers.

Speckle-tracking echocardiography for left ventricular myocardial strain, a newer cardiac imaging technique, “measures left ventricular regional and global deformation in response to force as a marker of contractility and elasticity.” Compared with other imaging modalities, myocardial strain has excellent interobserver and intraobserver variability, is less expensive and time consuming, and does not expose the patient to radiation risk. However, it can be limited in the setting of lung disease and obesity. 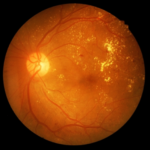