Among critically ill patients who do not have COVID-19, early intubation is associated with a lower mortality rate, according to findings and an analysis published recently in the Journal of Critical Care.

Early intubation of critically ill patients may result in airway injury, the need for sedation, and complications such as ventilator-associated pneumonia. Because of this, clinicians may favor a wait-and-see approach to intubation, said researchers conducting the current meta-analysis.

The researchers therefore sought to investigate the timing of intubation among critically ill patients and its association with clinical outcomes through a systematic review and meta-analysis. A total of 27 studies (24 observational studies, 3 randomized controlled trials; no language restrictions) from the PubMed database published through early November 2021 were reviewed. The studies included more than 15,000 critically ill patients at least 18 years of age experiencing early (n=11,943) vs late (n=3498) intubation.

“Early” intubation was specifically defined by each study. The primary endpoint was all-cause death. Statistical heterogeneity (I2 = 31%) was not important. No publication bias was found (P >.05). Notably, none of these studies involved patients with COVID-19, given that this patient population was previously analyzed and was not part of the current investigation.

Researchers acknowledged that the study was limited by varying definitions of “early” intubation used in the studies selected; however, they noted that findings were maintained when subgroup analysis defined “early” as within 24 hours of ICU admission.

The investigators concluded that “all-cause mortality was lower in patients undergoing early vs late intubation. This finding suggests that avoiding late intubation may be associated with lower mortality in critically ill patients without COVID-19.” 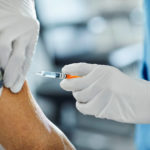