Each year when Team Heart touches down in Kigali, Rwanda, they become one of the only medical groups in the country to offer heart surgery.

“When we’re not there, cardiac surgery does not happen,” said Ceeya Patton-Bolman, RN, Team Heart’s director and co-founder, in an interview with Medical Bag.

Providing care in underserved areas can be a challenge. Ms Patton-Bolman travels to Rwanda approximately 3 times a year, helping facilitate travel for patients and meeting with key stakeholders on the ground in an effort to eliminate rheumatic heart disease. She says working in Rwanda as a nurse has given her a new perspective on the healthcare practice in the United States.

Often, nurses may have a whole ward of patients to attend to and must rely on patients to help themselves in some ways.

“Getting a patient up and moving is virtually impossible to do 1-on-1, so the patients are responsible for getting themselves up and walking,” she said. “Even during recovery, they’re often sitting outside and interested in being up and moving more frequently. They often will help deliver trays to the other patients and help in other ways. They are supportive of each other…and stay in touch after surgery.”

Team Heart’s ultimate goal is to create a Rwandan-run cardiac care center and offer training. They are well on their way, working closely with the Rwandan government’s Ministry of Health and raising money to construct the building.

For any physician interested in volunteering abroad, Ms Patton-Bolman recommends joining a program that is working with the local government or the Ministry of Health to help address what the country needs. 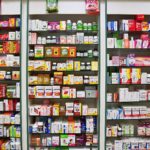 What Does the Cigna-Express Scripts Merger Mean for the Future of Health Care?