From the doorway, you wouldn’t be able to tell that Mr. K was gone. His skin was pink. His heart was beating, and the monitors showed vital signs that out of context might seem unremarkable. It wasn’t immediately obvious that his body could not regulate its own temperature, body water content, or maintain any semblance of homeostasis on its own. For the last week I had been adding hormones and molecules into his body, essentially taking over the function of his now defunct brain, until his wife could travel from overseas to see him. He was a 36-year-old man, a husband, and a victim of a stray bullet to the head. As I was performing a careful examination of his neurologic function, his wife sat quietly, unable to watch as I applied various noxious stimuli trying to elicit a reaction.

“I’m sorry, your husband is dead.” The conclusion of my examination met all legal and clinical criteria, although I’m not sure that was of much comfort to his wife.

Many great minds have pondered the meaning and implications of what it means to be alive. In a memoir published in 1959, French neurologists Mollaret and Goulon explored the concept of coma de passe, an irreversible state beyond coma that isn’t quite alive, but isn’t quite dead.1 As organ transplantation became a reality in the 1960s, the need for a revised legal definition of death became more and more necessary, leading the ad hoc committee of the Harvard Medical School to publish a definition for “brain death” in 1968, stating that an organ that “no longer functions and has no possibility of functioning again is for all practical purposes dead.” In the following decades, several more revisions addressing more issues would surface from presidential commissions, professional societies, and guideline committees. Despite each iteration, ambiguity continues to shroud the concept of brain death. Peter Singer, a vocal dissenter of the concept of brain death, coined it a “convenient fiction.”

Can we expect the acutely bereaving wife to ponder the complexities of brain death? Is it fair for the acutely grieving mother to accept the word of her physicians as fact when the physicians themselves are conflicted? Does hammering the point of dead vs not dead matter in the instance of irreversible brain damage? Aside from facilitating the legal procurement of organs, I would argue that to Mr. K’s wife, a discussion about prognosis — not about the definition of his death — would be most comforting in coming to terms with the withdrawal of life support.

I’ve learned that families don’t care about the definition of death, and that attempting to engage on an intellectual level about the heady concept of brain death while in the throes of bereavement can often lead to mistrust and confusion. It’s a pitfall often seen in goals of care discussions between families and medical teams, with a body of palliative care literature supporting the notion that family support can make all the difference.

Looking at the case of Jahi McMath, a young girl with sleep apnea who had anoxic brain injury after a tonsillectomy in 2013, I can see the pitfalls of ignoring the intense emotional response of families. The February 2018 issue of The New Yorker published an article exploring the meaning of death focused on the case of Ms McMath. Her mother, Nailah, was quoted as saying, “I didn’t have a clue. I really thought that I would get her a feeding tube and a tracheotomy, and she would just get up, and we would be good.” Nailah’s account of interactions with doctors and administration during the first several weeks of her daughter’s diagnosis of brain death show the clear miscommunication and her growing mistrust, perhaps fueled by the known health disparities seen in the African American community. Robert Truog, a member of the Harvard ad hoc committee that published the first white paper on the definition of brain death and an interviewee for the New Yorker article, was quoted as saying, “When a doctor is saying your loved one is dead, and your loved one doesn’t look dead, I understand that it might feel that, once again, you are not getting the right care because of the color of your skin.”

Five years later, Ms McMath may not meet the definition of brain death anymore; however, her prognosis from the standpoint of persistent vegetative state or minimally conscious state is likely not any better. There is almost zero likelihood that “she would just get up, and we would be good” as her mother had hoped. What if discussion around her care focused on her prognosis rather than the definition of dead? What if her physicians validated her feelings as a mother doing her best and advocating for her daughter instead of simply telling her she was wrong?

Comparing the cases of Ms McMath and Mr K, it is clear that even among those declared brain dead, there is a continuum. At what point does brain death occur? Destruction of 100% of brain cells? Fifty percent of brain cells? Current clinical and legal criteria try to fit all cases like a square peg into a round hole, and in many cases the ambiguity complicates matters. As physicians, we must weigh the benevolence of continued life support, the justification of high utilization of heath care resources in supporting potentially irreversible brain damage, the patient’s autonomy in designated donors, the uncertainty surrounding the concept of brain death, and the legal implications of our care. Reconciling these issues simultaneously and making informed decisions with families is at the crux of these cases. Effective communication is key to setting expectations and informed decisions during a highly vulnerable time in families’ lives, and that can only be achieved with a sensitive and humanistic approach.

For Mr K and Ms McMath, I can’t say for certain how much they felt or heard. I’m not sure anyone can or will be able to in the future. No matter what decision was made, I know that Mr K would never have been the fitness instructor and savvy globe-trotting businessman he once was, but what I don’t know is whether such a life isn’t worth living. If Nailah chose to dedicate her life and resources to the 24-hour care of her neurologically devastated daughter at her own expense, I cannot judge her. Would she have made the same decision if she were truly informed? I am not so sure. What is right? What is ethical? What is best? I honestly can’t say.

I explained to his wife through an interpreter that he had no sign of neurologic function; even if we continued to support his body, he would never wake up. Legally, he was “brain dead,” whatever that meant. She cried. His organs were procured and his body was transported back to his home country. I didn’t sleep that night. 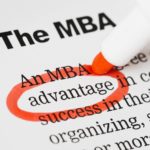