New data were announced from a phase 3 study evaluating a novel, oral suspension formulation of rivaroxaban in pediatric patients who have undergone the Fontan procedure.

The randomized, multicenter, 2-part, open-label UNIVERSE study (ClinicalTrials.gov Identifier: NCT02846532) evaluated the efficacy and safety of rivaroxaban oral suspension, a Factor Xa inhibitor, in 112 patients aged 2 to 8 years with single ventricle physiology who had the Fontan procedure within 4 months before enrollment. Patients were randomly assigned 2:1 to receive open-label rivaroxaban oral suspension or aspirin.

The primary safety outcome was major bleeding events, as defined by the International Society on Thrombosis and Haemostasis; key secondary safety outcomes were clinically relevant nonmajor bleeding and trivial bleeding events. The primary efficacy outcome was the incidence of thrombotic events, defined as the appearance of a new thrombotic burden within the cardiovascular system noted on either routine surveillance or clinically indicated imaging, or the occurrence of a clinical event known to be strongly associated with thrombus (eg, stroke or pulmonary embolism).

In June 2021, a New Drug Application was submitted to the Food and Drug Administration (FDA) for rivaroxaban for 2 new pediatric indications: treatment of venous thromboembolism (VTE) and reduction in the risk of recurrent VTE in patients aged from birth to less than 18 years after at least 5 days of initial parenteral anticoagulant treatment; and thromboprophylaxis in patients 2 years of age and older with congenital heart disease who have undergone the Fontan procedure.

If approved, the dosing regimen for rivaroxaban would be based on body weight for pediatric patients using either tablets or the oral suspension formulation, which would be administered through a unique color-coded dosing device designed to minimize dosing errors. 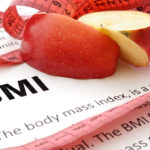 Sharp Increase in BMI Rates Noted for Children During Pandemic