The main limitation of this study is the empirical approach taken to bleeding in congenital heart patients. The study data show that 75% of the patients received fresh frozen plasma, 100% received platelet concentrate and ﬁbrinogen concentrate, 75% received prothrombin complex concentrate, and 83% received VWF/FVIII concentrate.  In total, more than half (58%) of the patients received all of these blood products, which is “certainly an aggressive treatment, and is relatively uncommon in congenital heart surgery,” Dr Rannucci and colleagues wrote.

The response paper authors speculated that it would be “interesting to know the exact details of the [rotational thromboelastometry (ROTEM)-based] algorithm” used by the study authors to guide the intraoperative coagulation therapy, as it seems that this algorithm was the reason for administering all currently available blood products aside from recombinant activated FVII. They believe that it would also be interesting to have more details on the cardiopulmonary procedure and how it was conducted. Of importance is the nature of the priming, such as whether it was based on fresh frozen plasma plus red blood cells or on 5% albumin plus red blood cells. These differences could have altered the VWF concentration at the end of the surgery.

While some newborns and infants in this setting may beneﬁt from interventions that promote primary hemostasis in the presence of a pattern of aVWS, “the use of VWF/FVIII concentrate should be triggered by adequate cutoff values, which are currently not established and are certainly not available immediately after surgery,” Dr Rannucci and colleagues concluded. “Therefore, the ﬁnding that many of these patients actually show aVWS after CPB should not, as such, lead to the use of VWF/FVIII concentrate.”

Andreas Tiede, MD, PhD, of the Clinic for Hematology, Hemostasis, Oncology, and Stem Cell Transplantation at Hannover Medical School in Germany, pointed out that there are no FVIII/VWF concentrate products that have been licensed for aVWS by the US Food and Drug Administration or other authorities because manufacturers have not conducted the appropriate studies. Thus, physicians who want to treat this problem must use the products off label.

“I have recommended FVIII/aVWS concentrate for aVWS despite the sparse evidence [in support of doing so] because I don’t see an alternative,” he said. “I think it is justified to do this because of a lack of alternatives.”

It is important to show that aVWS is actually present in the patient, Dr Tiede explained. “The gold standard of diagnosis is a full workup of VWF antigen, activity and multimer structure. It is important to note that aVWS due to cardiovascular diseases, where VWF is destroyed in part by pathological shear stress in dysfunctional heart valves or arteriovenous shunts, is often detected by multimer studies that are only available in specialized laboratories and take time to be done,” he said. “That’s a problem in emergency situations.”

But Dr Tiede explained that he would recommend physicians conduct the testing in patients suspected of having aVWS. “In emergency conditions and [with] a high likelihood of [having] aVWS, I recommend treating [the patient] with FVIII/VWF but [caution] that there is no authority approval for this and that evidence is lacking to demonstrate its efficacy and safety.”

Dr Tiede practices in Germany, and he emphasized that the lack of authority approval could influence medical decisions to varying degrees across countries, ranging from no influence at all, since there is no alternative and a definite need, to problems with reimbursement or even more serious legal problems in case of adverse events. 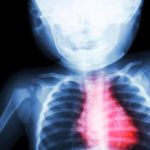