HealthDay News — Children and young adult patients with congenital heart disease (CHD) have an increased risk for developing cancer, according to a study published online July 5 in JAMA Network Open.

The researchers found that during the study period, 2 percent of patients with CHD and 0.9 percent of controls developed cancer. By age 41 years, one in 50 patients with CHD had developed cancer. Compared with controls, the overall hazard ratio (HR) for cancer was 2.24 in children and young adults with CHD. For each successive birth cohort, risk increased to an HR of 3.37 among those born from 1990 to 1993. Cancer risk was similar in men and women with CHD (men: HR, 2.41; women: HR, 2.08). Compared with controls, the HR was 1.95 among CHD patients who underwent surgery and 2.43 among patients with CHD who had not undergone surgery. There was a significantly increased risk for cancer among patients with complex heart lesions, such as conotruncal defects (HR, 2.29) compared with healthy controls.

“A systematic screening for cancer could be considered for this at-risk group of patients,” the authors write. 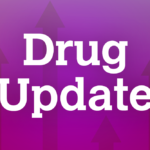