HealthDay News — Long-term mortality after congenital heart surgery is higher than that of the general population for all forms of congenital heart defects (CHDs), according to a study published in the May 29 issue of the Journal of the American College of Cardiology.

Logan G. Spector, Ph.D., from the University of Minnesota in Minneapolis, and colleagues used data from the Pediatric Cardiac Care Consortium registry of pediatric cardiac surgery to conduct survival analysis among 35,998 patients who survived their first congenital heart surgery at <21 years of age. Their survival was compared with that of the general population using standardized mortality ratios (SMRs).

“Survival has improved over time, particularly for severe defects with significant changes in their management strategy, but still lags behind the general population,” the authors write. 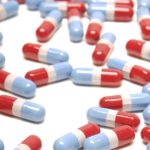