The American Academy of Pediatrics recommended in 2017 for children suspected of hypertension to undergo ambulatory BP monitoring (ABPM). This statement from the AHA updates these recommendations using new data.

The revised classification scheme for clinic-assessed BP is as follows:

ABPM is recommended because it mitigates spurious BP deviations due to anxiety (ie, WCH) or deviations in circadian BP patterns. The AHA recommends for ABPM to be used to confirm a diagnosis of hypertension observed in the clinic. ABPM is also an appropriate tool to use to optimize therapy in chronic kidney disease, diabetes, obesity, and obstructive sleep apnea and to identify secondary causes of hypertension in patients with certain genetic syndromes.

The revised classification scheme for ABPM is as follows:

If a patient presents as normative during both clinic and ABPM, the child likely does not have hypertension. If deviations are observed in one of the assessments, they likely have either WCH or masked hypertension.

The current monitoring period recommendation is for a 24-hour assessment.

No serious adverse events of ABPM have been reported in children, however, some data suggests ABPM can disturb sleep in some children. Comprehensive patient education may help to reduce ABPM failure rate.

To perform ABPM, nurses or other clinicians should follow standardized approaches to maintain equipment functionality.

The statement authors concluded that several gaps in knowledge about pediatric ABPM remain. Additional research is needed to validate more monitors in pediatric populations, to evaluate normative data across races and ethnicities and among smaller children, to assess outcomes from ABPM-based interventions, and to confirm whether or not ABPM is a cost-effective approach for long-term healthcare. 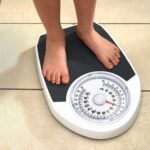