Patients with diabetes mellitus (DM) and tuberculosis (TB) had a significantly higher incidence of low rifampicin plasma levels 2 hours after the anti-tubercular drug was administered, compared with patients with TB who did not have DM, according to results of a systematic review and meta-analysis recently published in the journal Therapies.

Recognizing that rifampicin plays a critical role in TB treatment regimens because of its bactericidal and sterilizing capacity, the researchers sought to evaluate the impact of DM on plasma concentrations and bioavailability of the agent. They noted that optimization of the rifampicin dosage has the potential to lead to improved patient outcomes and may help to shorten the duration of treatment.

It is well known that a passive relationship exists between TB and DM that is quite complicated. Stress hyperglycemia that is associated with TB may lead to the development of DM in some individuals. Further, patients with DM have a 3-fold increased risk for the development of TB. The effect of DM on TB treatment outcomes is linked to several mechanisms, including an altered immunologic response.

The studies chosen for review calculated a risk fraction for DM based on its effect on incidence of low rifampicin plasma concentrations 2 hours following administration. A total of 17 studies that involved 3478 patients with TB were included in the meta-analysis.

Further, the overall rifampicin plasma concentration at 2 hours decreased significantly in patients with TB and DM compared with those with TB only (mean difference, –1.4; 95% CI, –2.65 to –0.15; P =.03), with no evidence of publication bias.

According to researchers, “DM doesn’t change the pharmacokinetics of anti-tubercular drugs during intensive phase TB treatment”; however, “it possibly reduces rifampin exposure during the continuation phase.” Furthermore, the investigtors suggested that differences in rifampicin induction could possibly explain “variance in the impact of DM on pharmacokinetics of anti-tubercular drugs during the TB phases of treatment.”

The researchers noted that the results should be interpreted with caution, because of the limited number of studies included in the meta-analysis. The majority of the studies did not report the covariates of glycated hemoglobin, fasting plasma glucose, BMI, and family income — all of which are deemed essential for additional subgroup analyses.

The investigators further concluded that the passive impact of DM on rifampicin plasma concentrations 2 hours after administration was influenced by DM management, patient’s income level, type of TB involved, and any recurrence of TB. 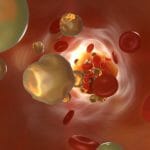