For this study, investigators sought to predict risk for diabetes within nationally sampled data from white and black American adults age ≥45 years using a cardiometabolic risk score. Patients from the REGARDS study (REasons for Geographic and Racial Differences in Stroke), a population-based cohort of 12,123 black and white men and women, were followed from 2013 to 2016 and assessed using a series of logistic regressions that accounted for waist circumference, blood pressure, blood glucose, high-density lipoprotein cholesterol, age, triglycerides, and cholesterol. An external validation was performed using 9712 participants from Atherosclerotic Risk in Communities during 1987 to 1989.

The investigators concluded that this weighted cardiometabolic disease staging score “can be used for [type 2 diabetes] prevention efforts by allowing clinicians to target [high-risk] individuals in a manner that could be used to optimize outcomes.” 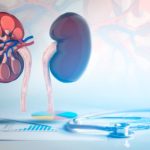 Effects of Linagliptin on Cardiovascular Outcomes in T2D and Kidney Disease