In a multicenter population-based study, statin use was more prevalent among adults with Puerto Rican and Dominican backgrounds who were considered at high risk for cardiovascular (CV) disease, according to findings published in the Journal of the American Heart Association.

Researchers enrolled a total of 16 415 participants of Mexican, Puerto Rican, Cuban, Dominican, South American, and Central American backgrounds who were between the ages of 18 and 74 years (mean age: 52 years; 54% women) in the Hispanic Community Heath Study/Study of Latinos. Approximately 33% of patients had more than a high school education, 51% had an annual family income of less than $20 000, 51% were married or living with a partner, and 80% had resided in the United States for more than 10 years.

High CV risk patients (n=4136) were considered as such if they had ever been diagnosed with coronary heart disease (CHD; myocardial infarction) or a CHD risk equivalent (eg, stroke, peripheral vascular disease, heart failure, and/or diabetes). The high-risk group included patients with and without prevalent CVD.

In comparison to the other Hispanic/Latino groups, there were significantly more Puerto Rican adults at high CV risk (26%). They were also more likely to use aspirin (44%) compared with statins (25%). Some patients (17%) used both statins and aspirin. Those patients with a Central American background were the least likely to use statins (22%).

Researchers also adjusted for age by location and found no statistically significant differences among patients of Mexican and Puerto Rican backgrounds (eg, statin use was 24.6% among patients with a Mexican background of high CV risk from Chicago vs 23% from San Diego).

“To our knowledge, this study is the first to document variations in the use of statins and aspirin among the diverse Hispanic/Latino population in the United States,” the authors wrote. “We found that among Hispanic/Latino adults at risk of CVD, 25% used statins and less than half (44%) used aspirin.”

However, the authors also acknowledged that not including any other racial or ethnic groups for comparison was a limitation of the analyses. Other limitations included not distinguishing use of aspirin (CVD prevention vs as an analgesic), leaving out other prescription medications for CVD prevention, and the study-specific definition of “prevalent CVD” that did not include the Framingham risk score.

“Our study suggests that policies and interventions to reduce disparities in the use of preventive CV medications within the diverse Hispanic/Latino population must address barriers to accessing health insurance,” researchers noted. “Although recent implementation of the Affordable Care Act, which sought to improve health insurance coverage, is promising—with evidence that uninsured rates among Hispanic/Latino adults declined to 23% in 2014 compared with 36% in 2013—there is significant variation at the state level.”

According to the authors, as the burden of CVD and CVD risk factors continue to fall heavily on the US Hispanic/Latino population, improvements in medication access and use should be prioritized. 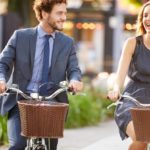 Cycling, Walking, and Public Transit Use Linked to Lower BMI